Tips for telling your branding story.

Social Media is Social. So Remember your Manners.

Communication as a professional or as the voice of the company can be complicated. Just because you are interacting through an impersonal keyboard and computer screen, doesn’t mean that the responses you get are coming from other screens and keyboards. There are real people just like you on the other end of those machines. That’s the point, after all, isn’t it? To network and relate to like-minded people?

In order to do that, you need to show a little respect. Communicate with one another as you would in person. Check the overly aggressive comments. Fix the grammar. Correct the typos before posting. Don’t stand on the table and yell. Be polite. Here are a few quick reminders to keep your behavior online on track.

How do I know which social network makes the most sense for me? 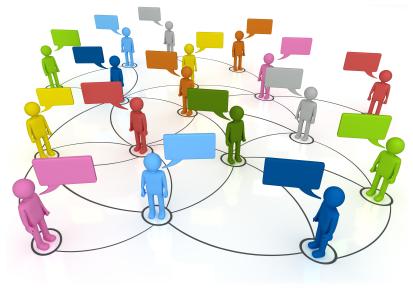 “Facebook is for parents.” I overheard that the other day, and it hit me harder than any of the research that basically said the same thing. If you are looking to capture the youth market, Facebook is not the place to be. They have moved on. But most haven’t deleted their profiles, so they must expect to be back at some point. Maybe when they become parents.

Let’s start by defining “Content Marketing”. It’s creating or sharing content – information that has value to your audience; and also subtly markets your business – pushing your brand out to the world through a blog, an email, a status update, a forum post and any other of a multitude of ways.

Advertising is Ever (or Never) Changing

Twitter killed the hashbang (#!) today to speed up the site. Facebook started rolling out its new "Promoted Posts" to extend the reach of page status updates. Google revamped its search algorithm to be more semantic. Facebook added a camera app of its own to seamlessly upload mobile photos to your page, and they are testing some direct integration with Instagram. I could go on, but my head is already spinning.

GM unleashed a whole lot of controversy when they announced that they have decided not to run ads on Facebook any longer, stating that they aren’t effective.